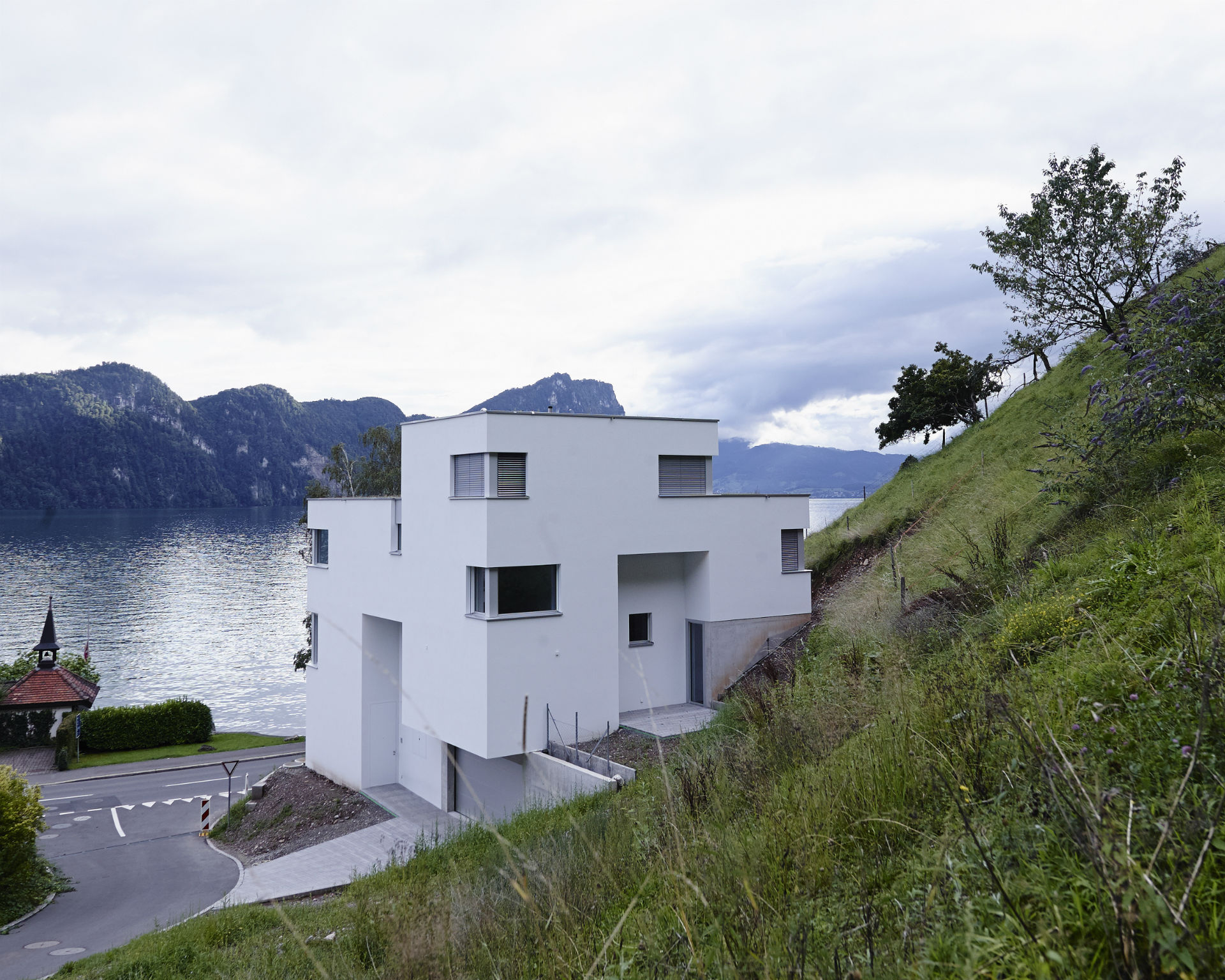 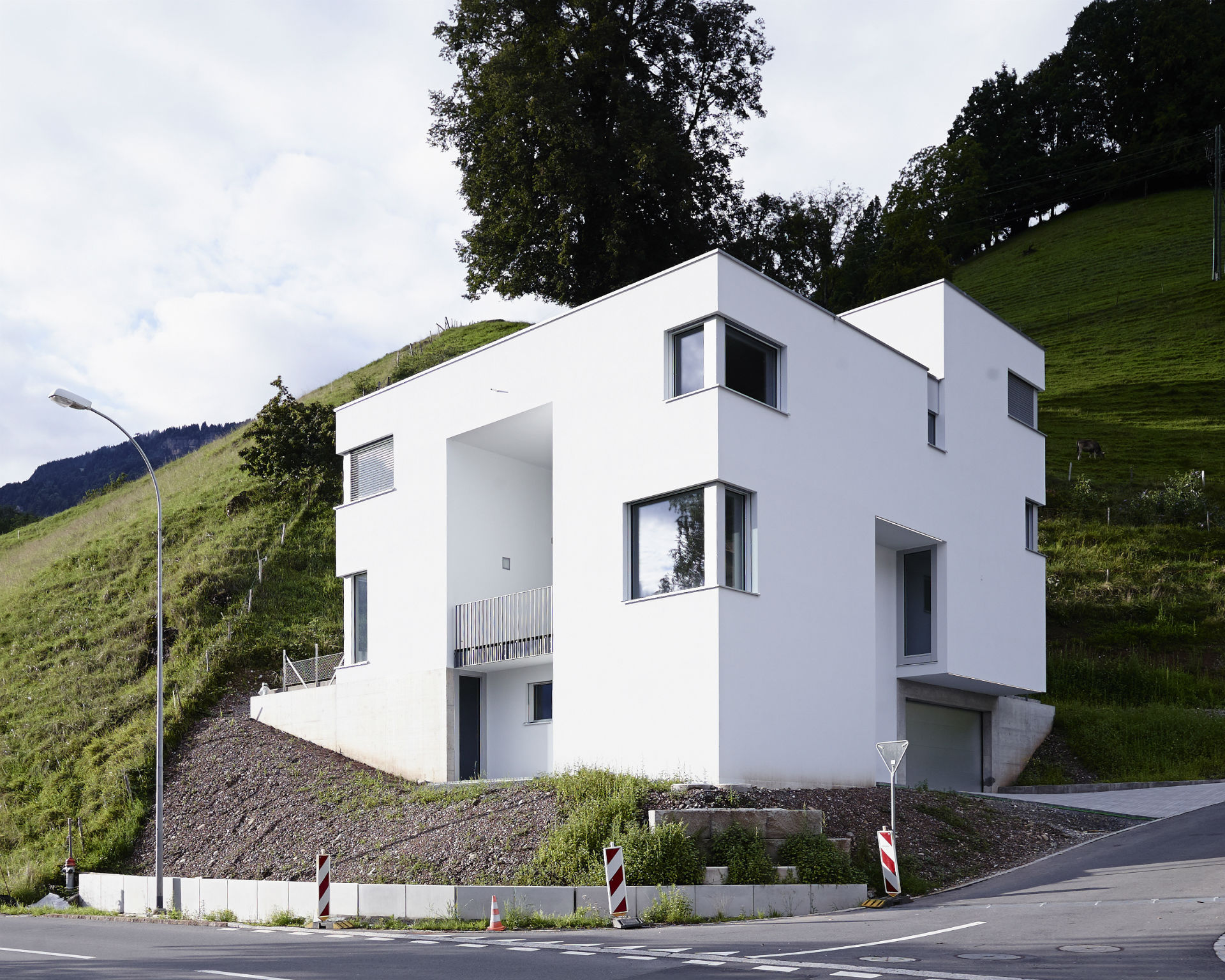 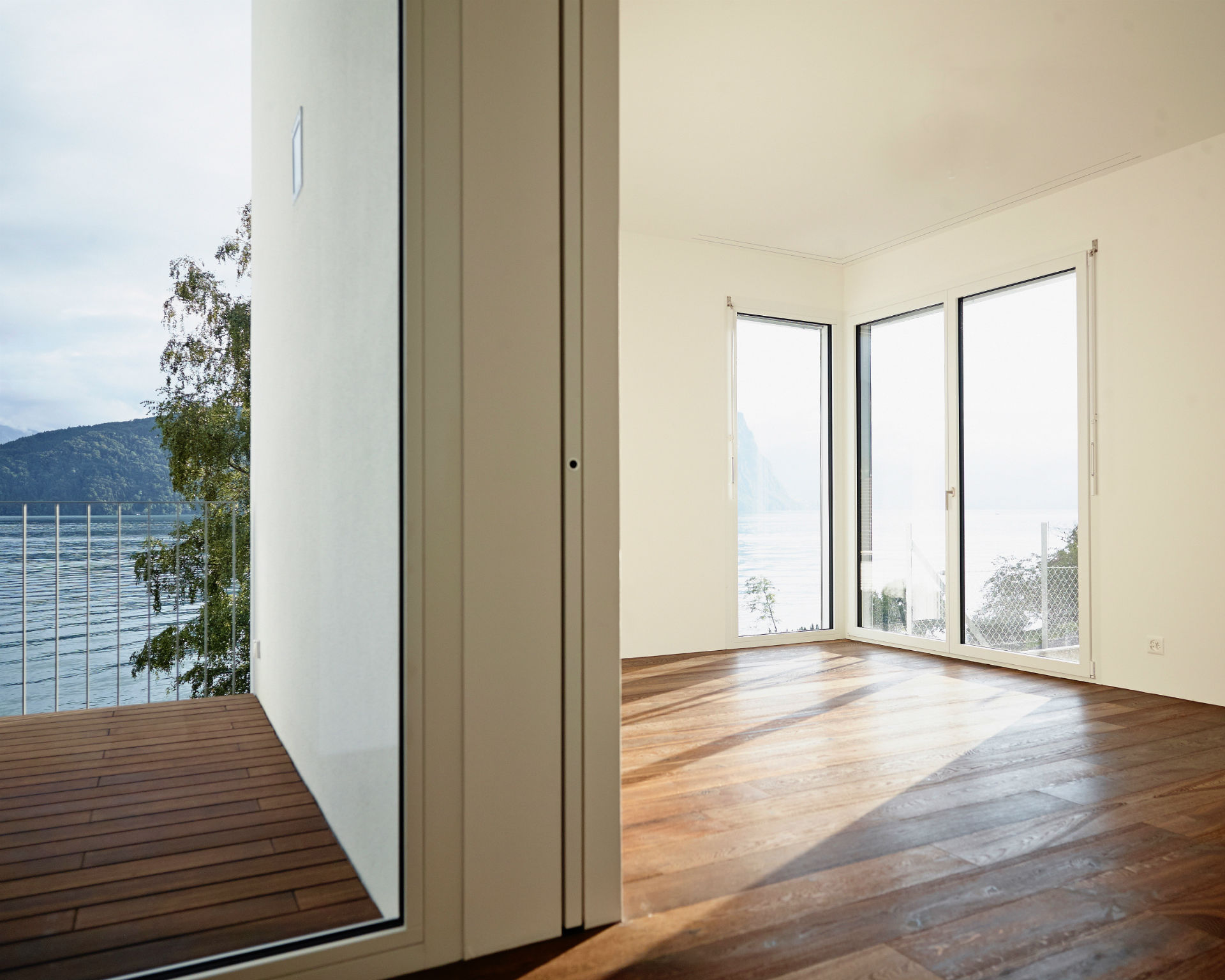 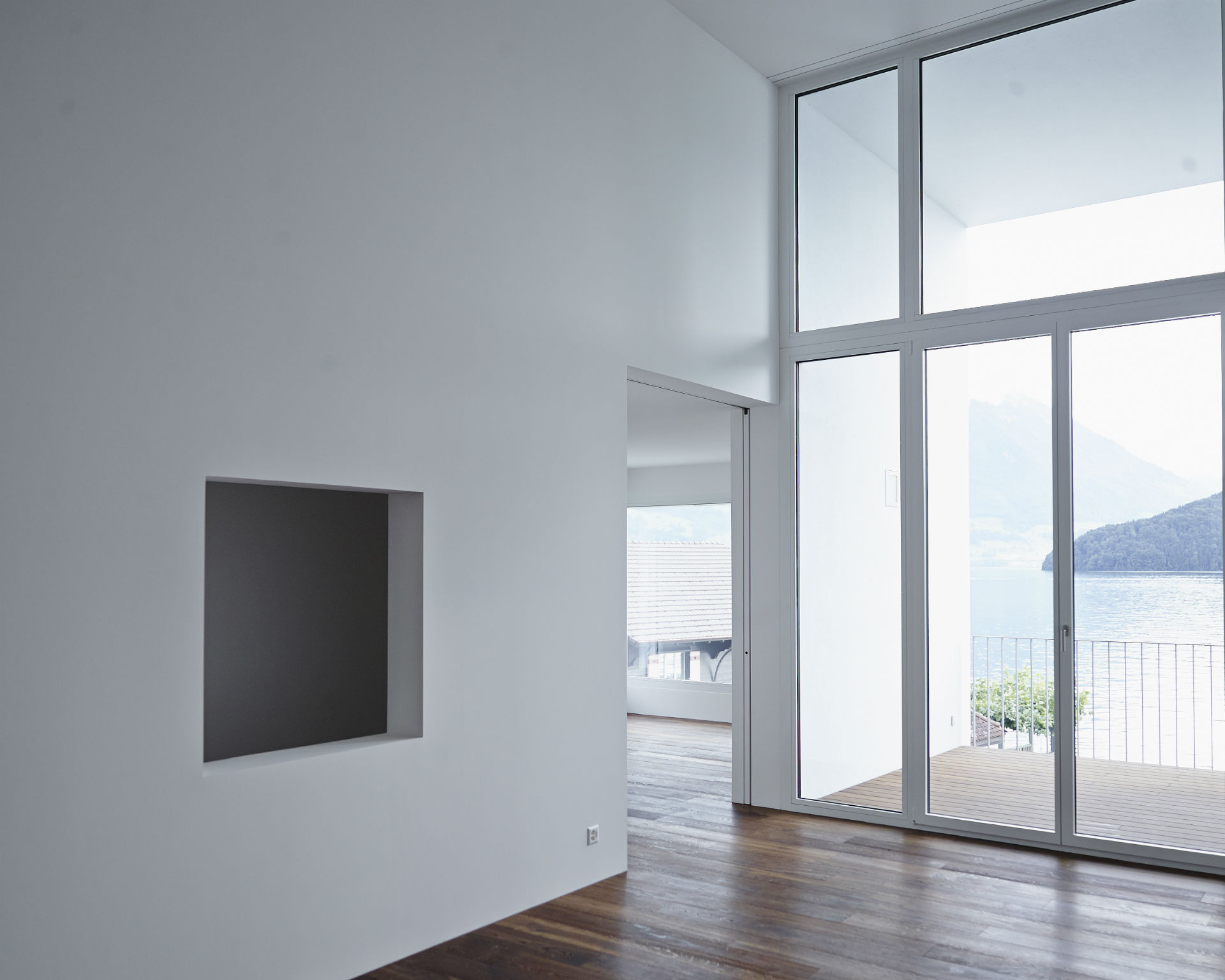 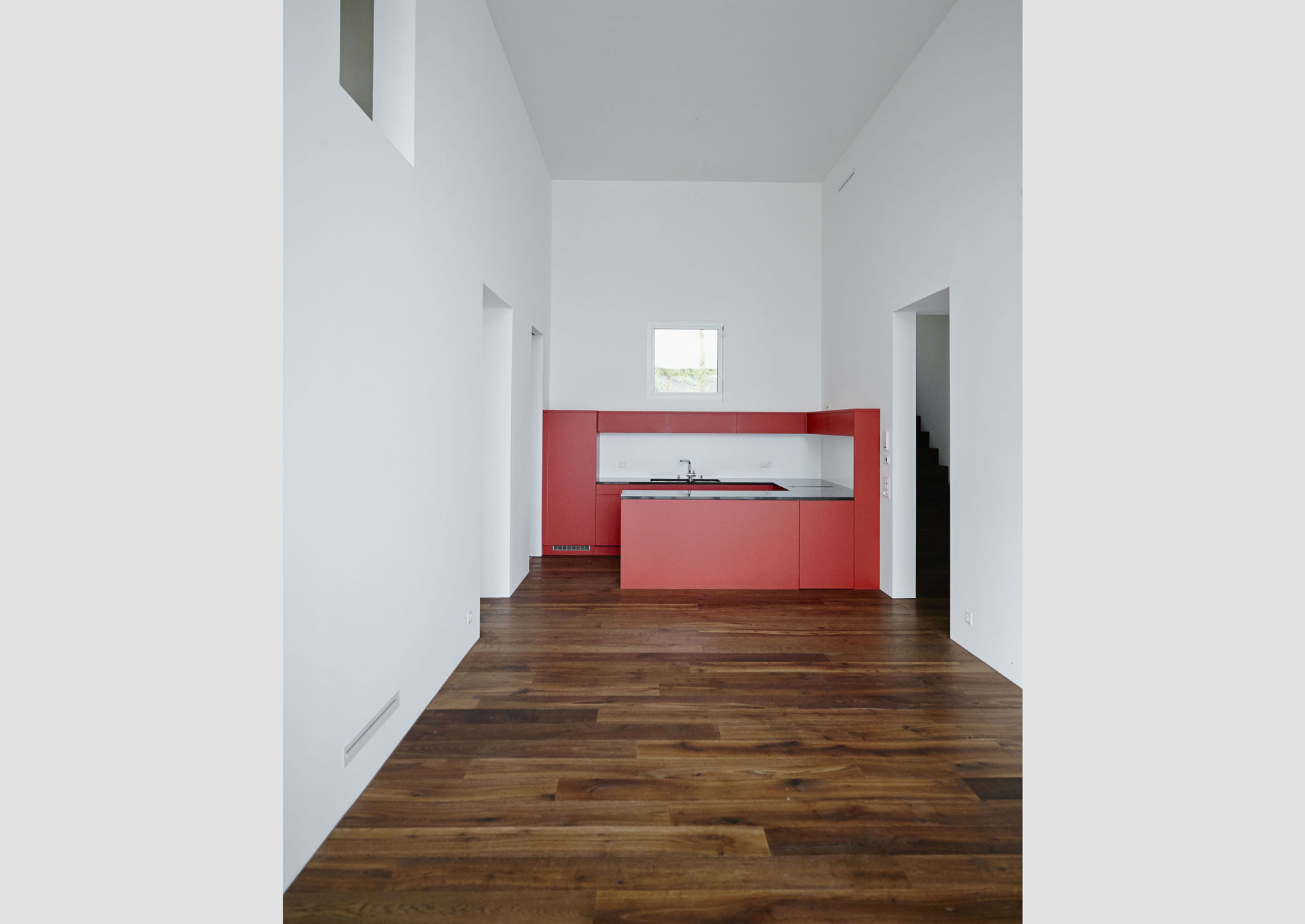 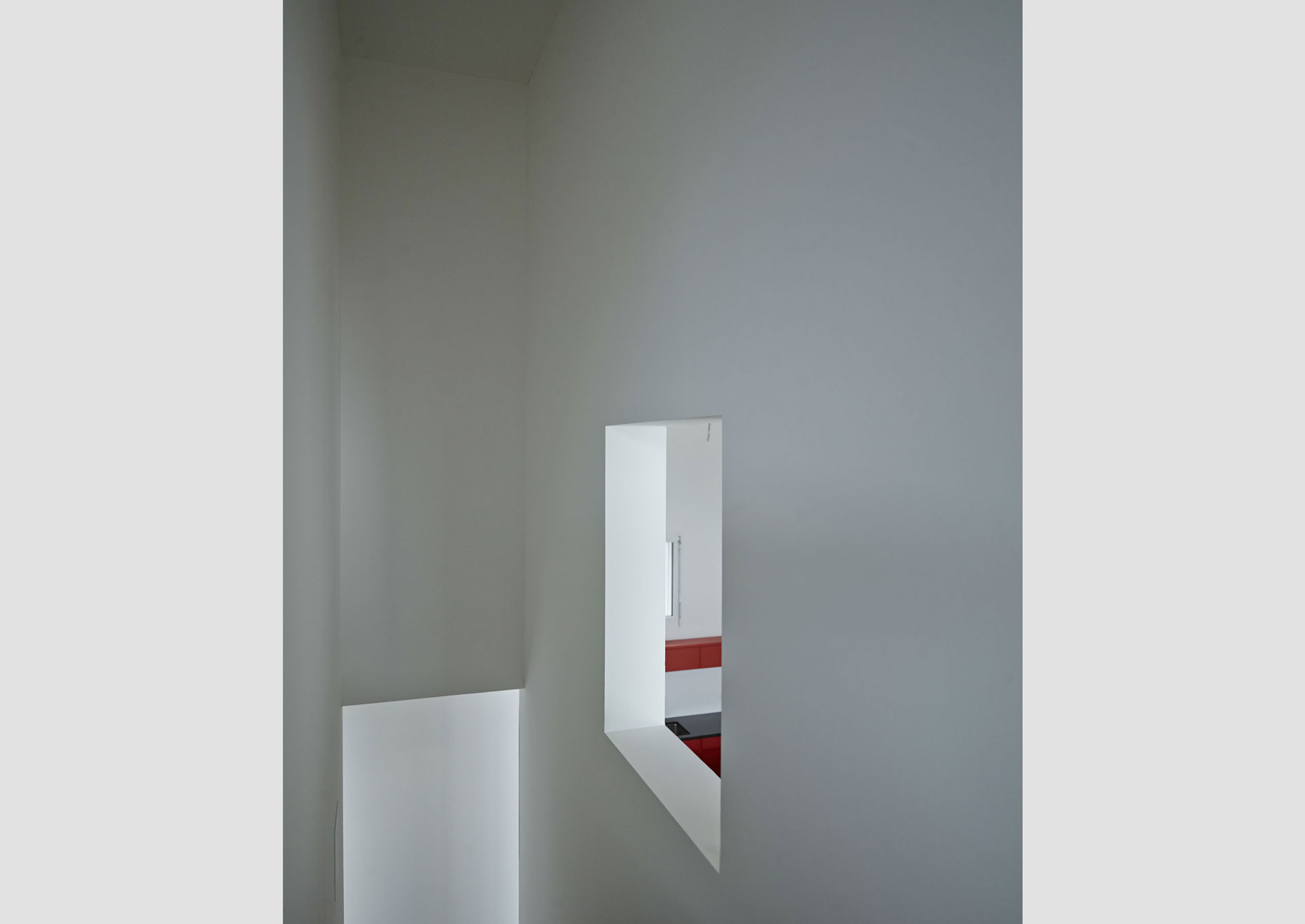 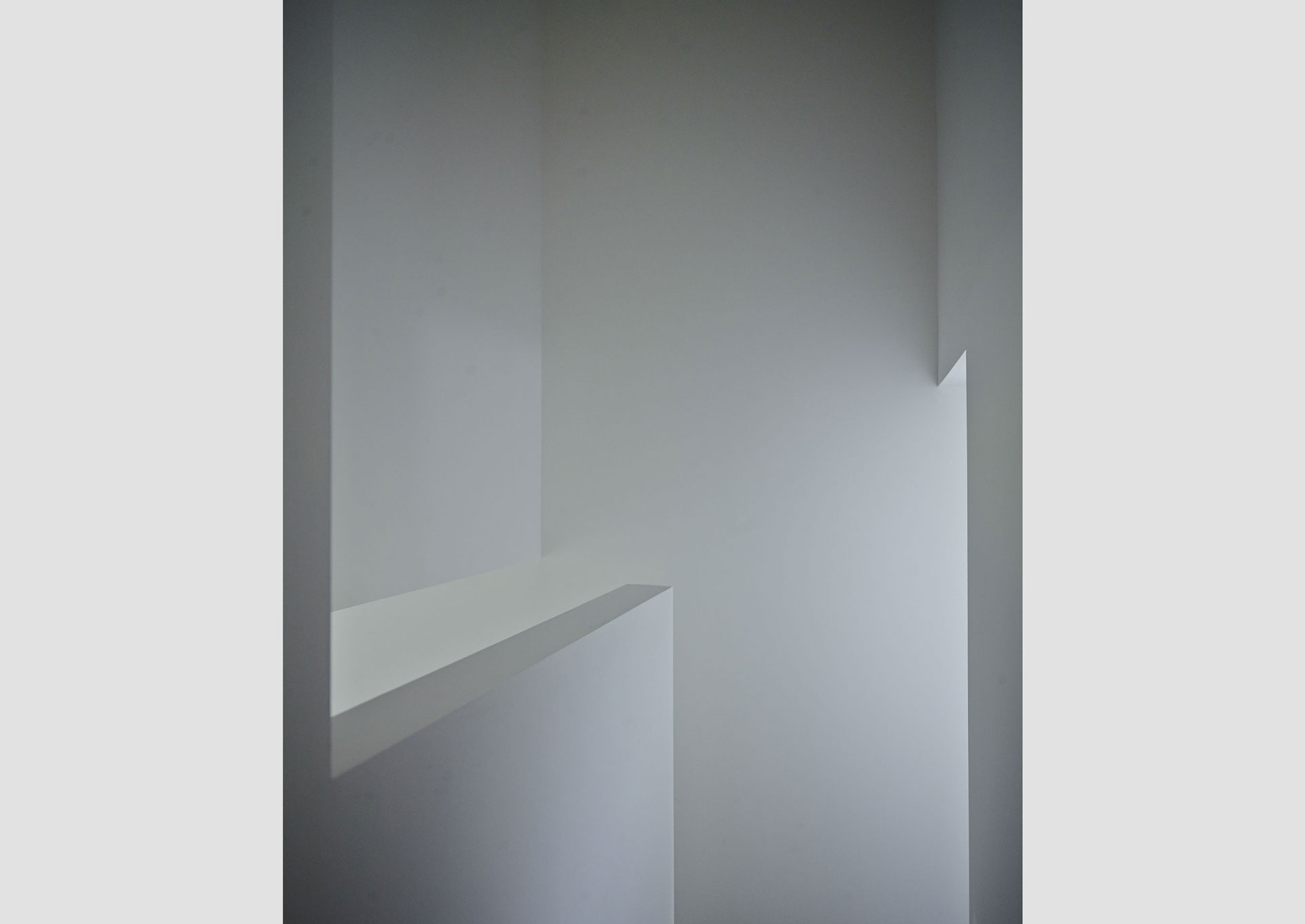 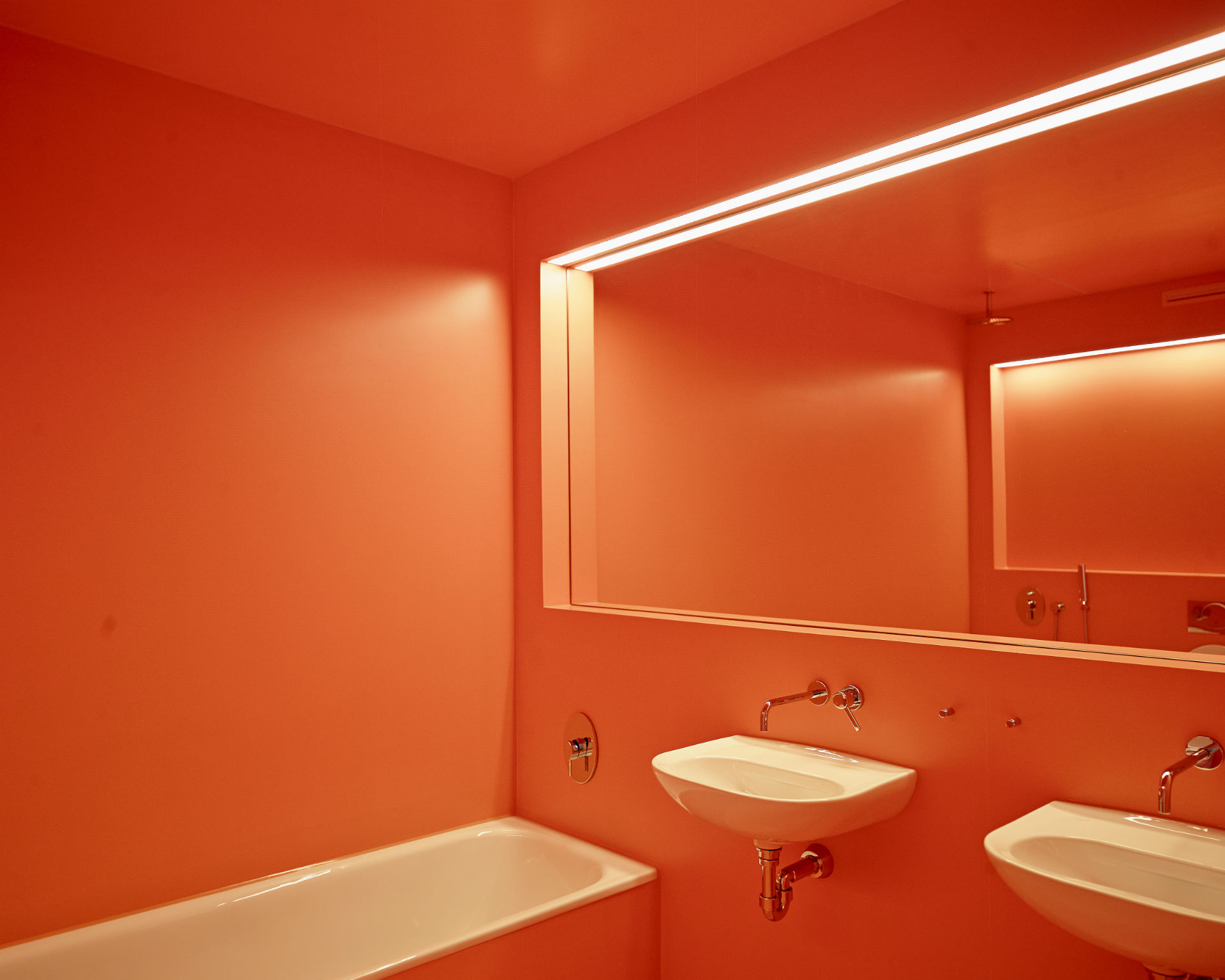 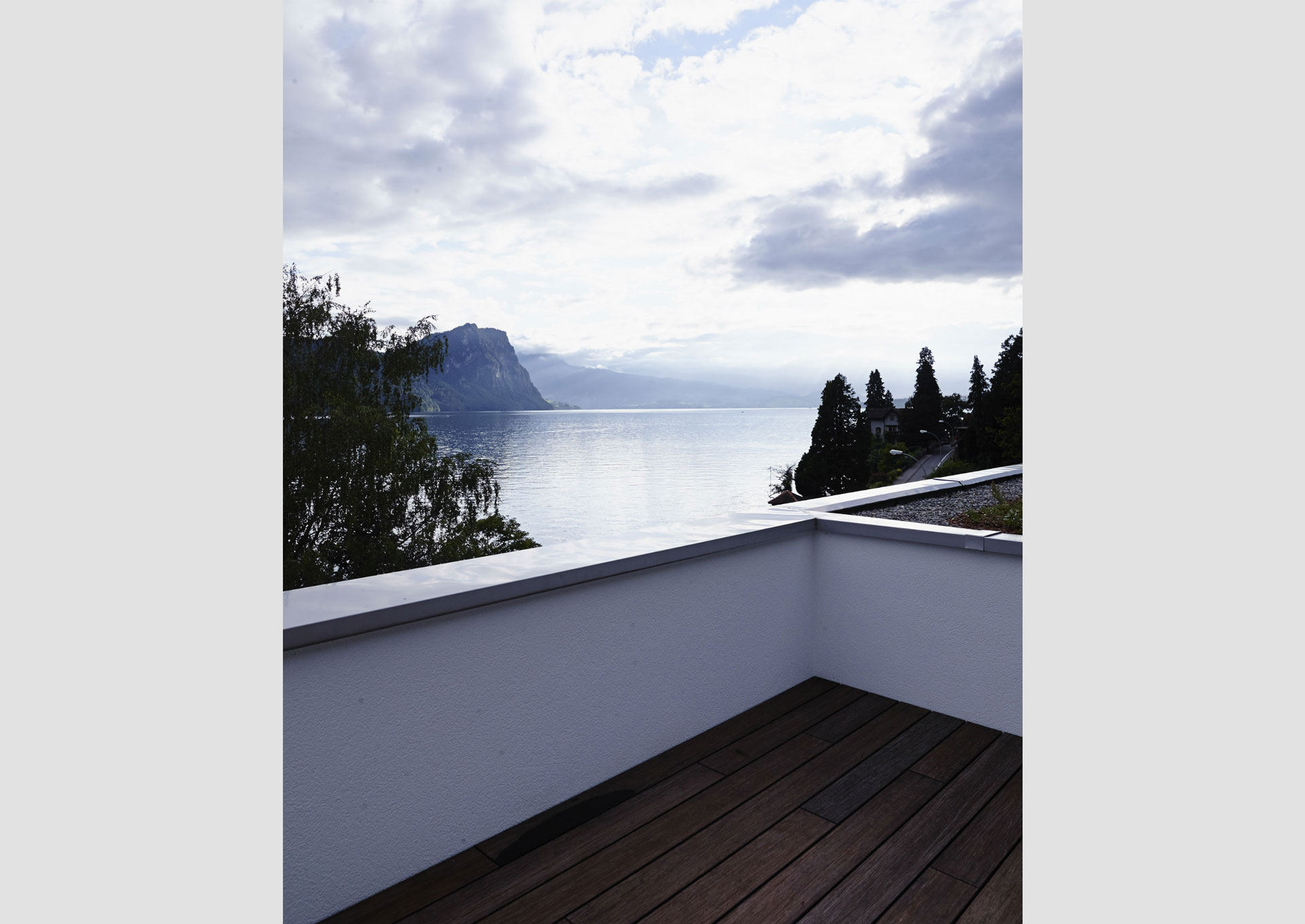 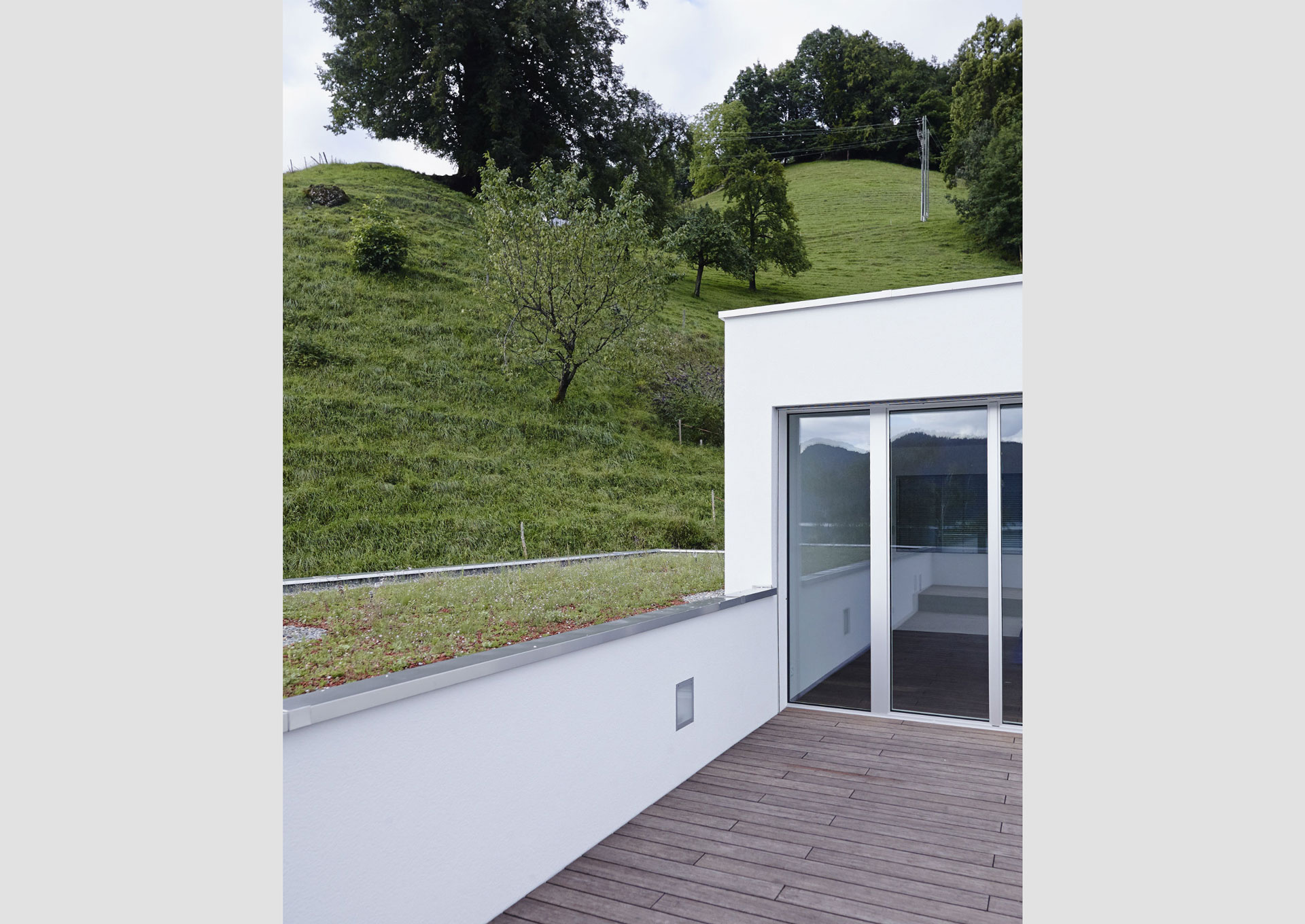 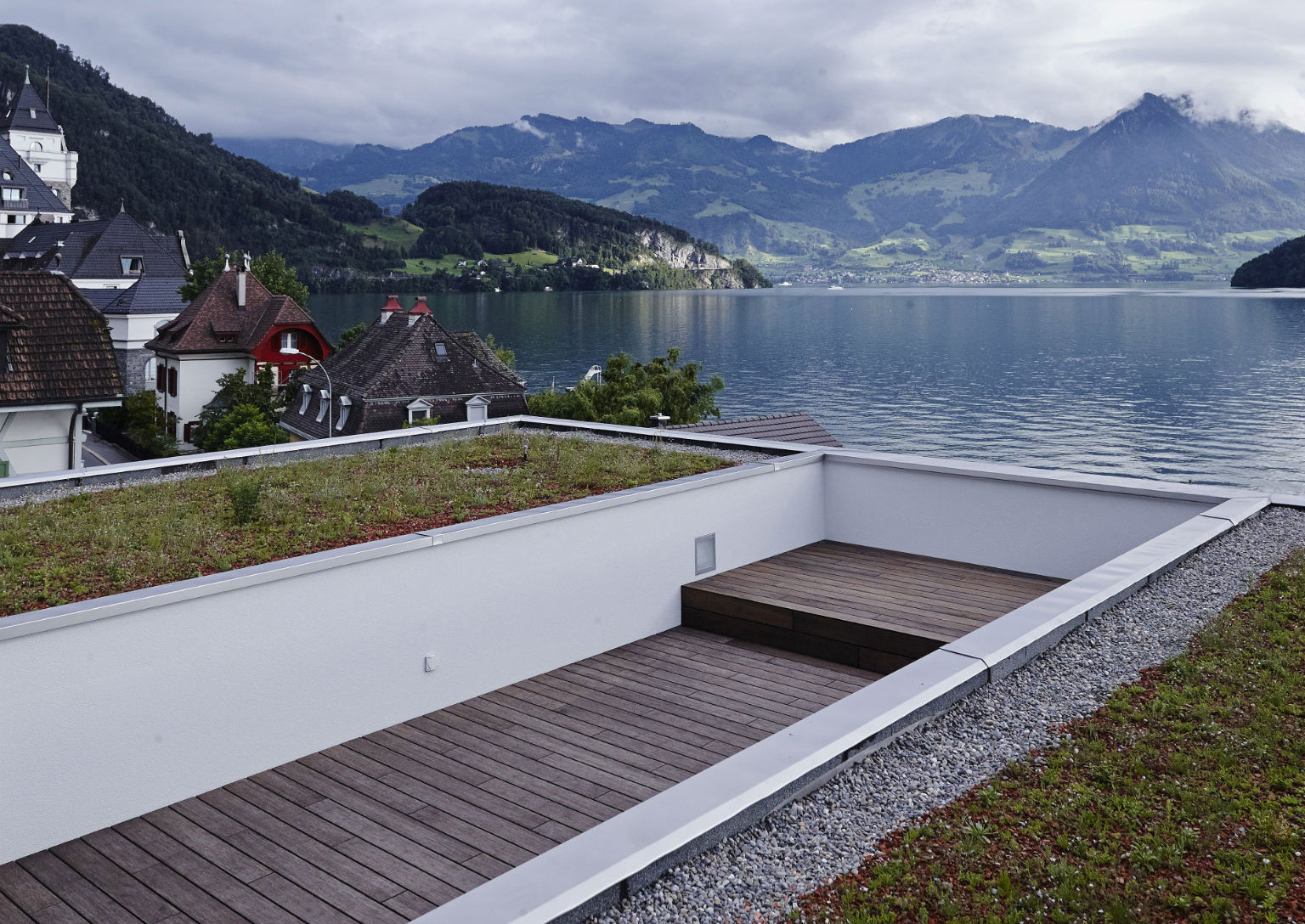 House4Lakes reinvent the typology of the old neighboring villas and mark the entrance into the development Grabacher (see no.54). From the outside, the house appears as a self-contained monolith. Inside each room opens to its own views. In the middle of the house, a five meters high dining room separates and simultaneously connects the two lateral wings. The owner residence is placed east connected with the master bedroom and a large roof terrace on the top of the house. The guest rooms are situated in the west wing. The building was built as far as possible with prefabricated wood construction elements. Concrete has been used only where the building structure touched the slope.