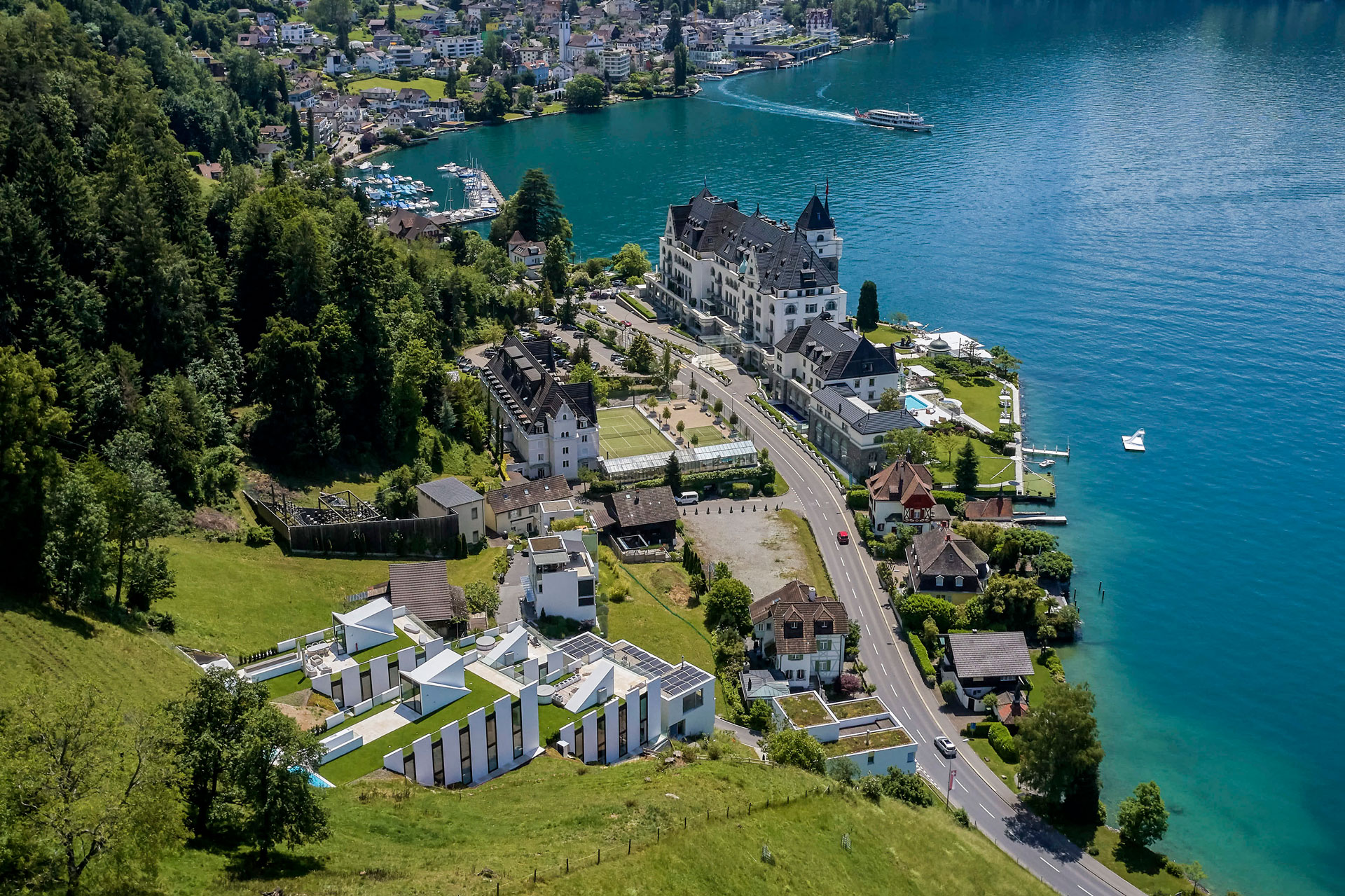 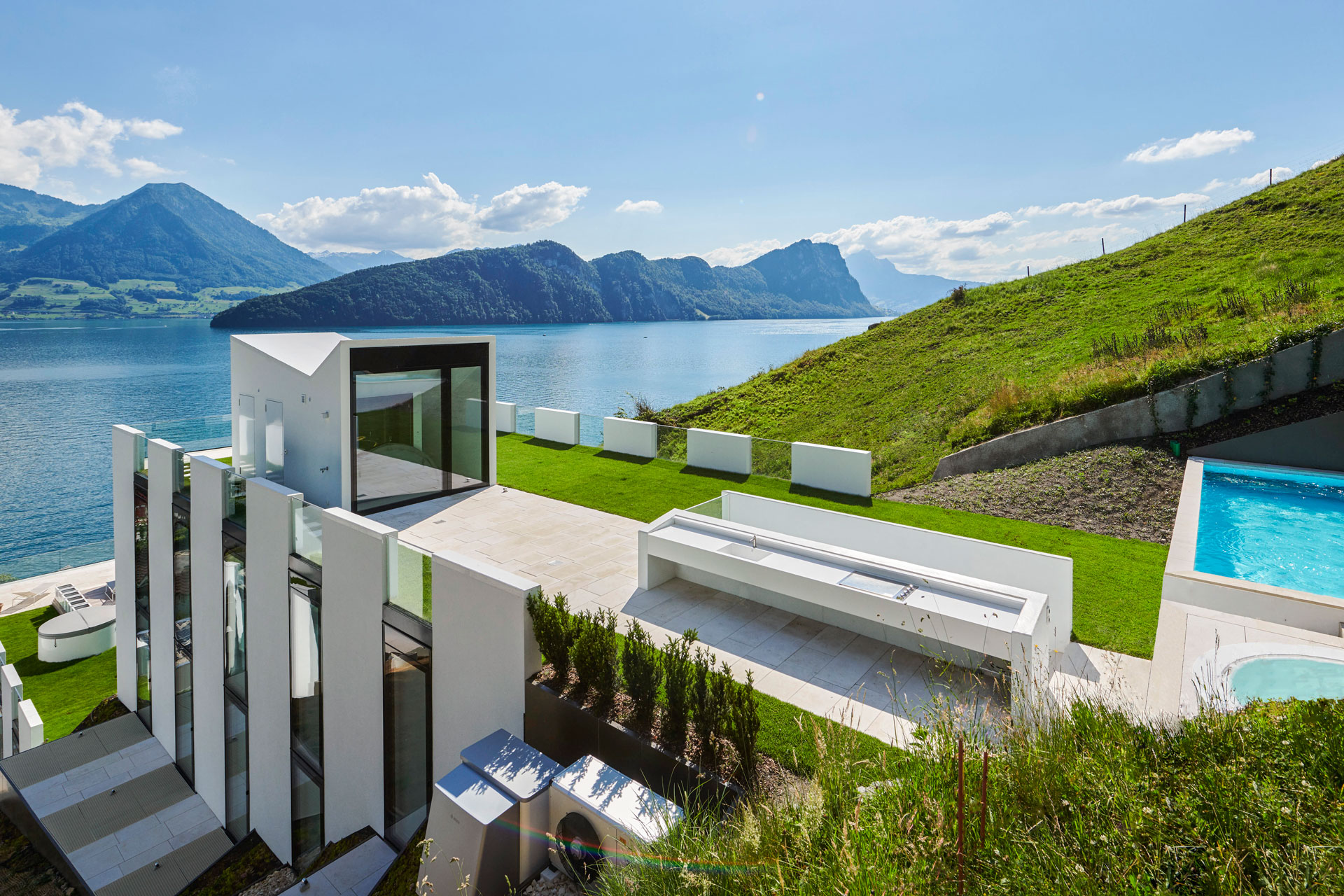 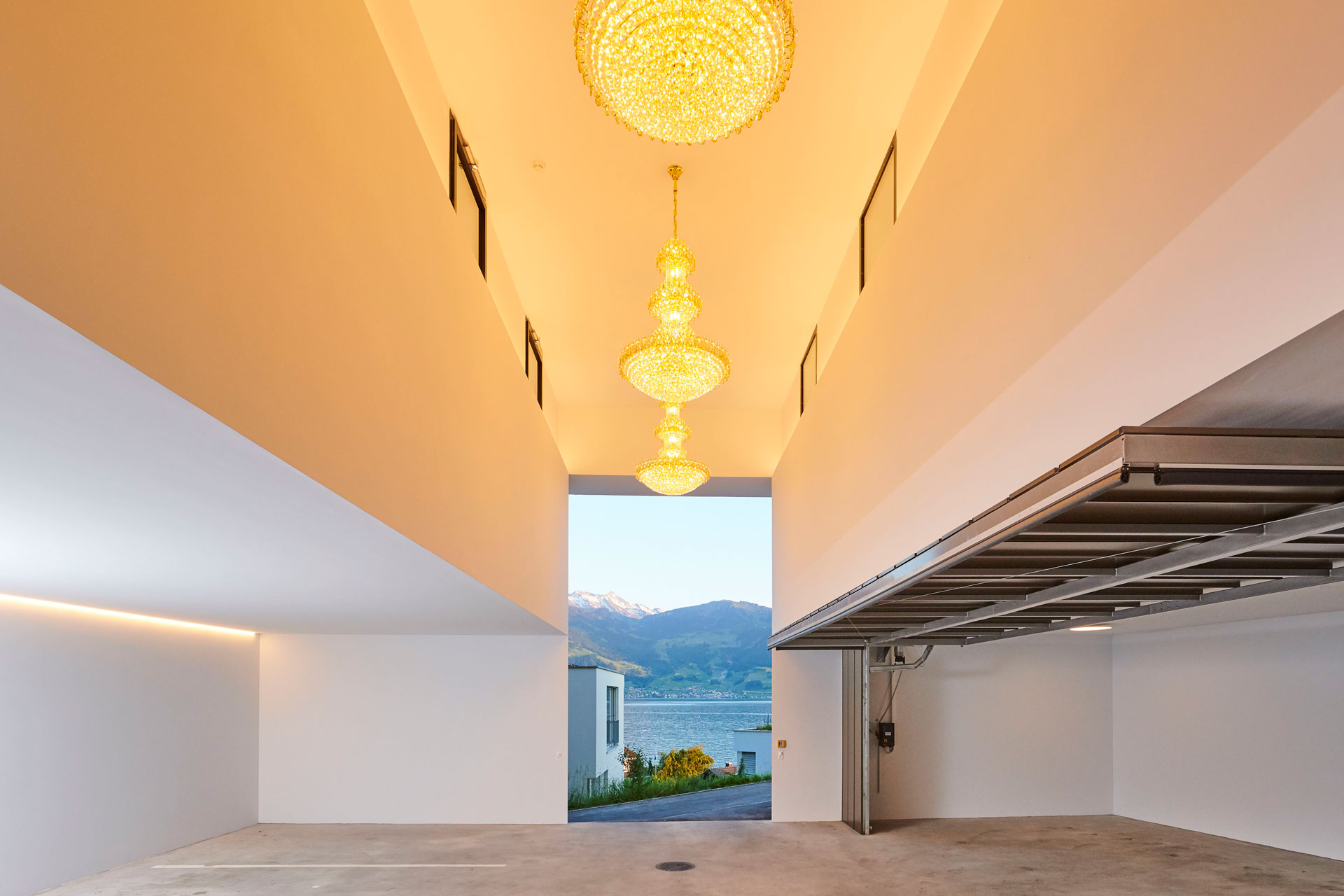 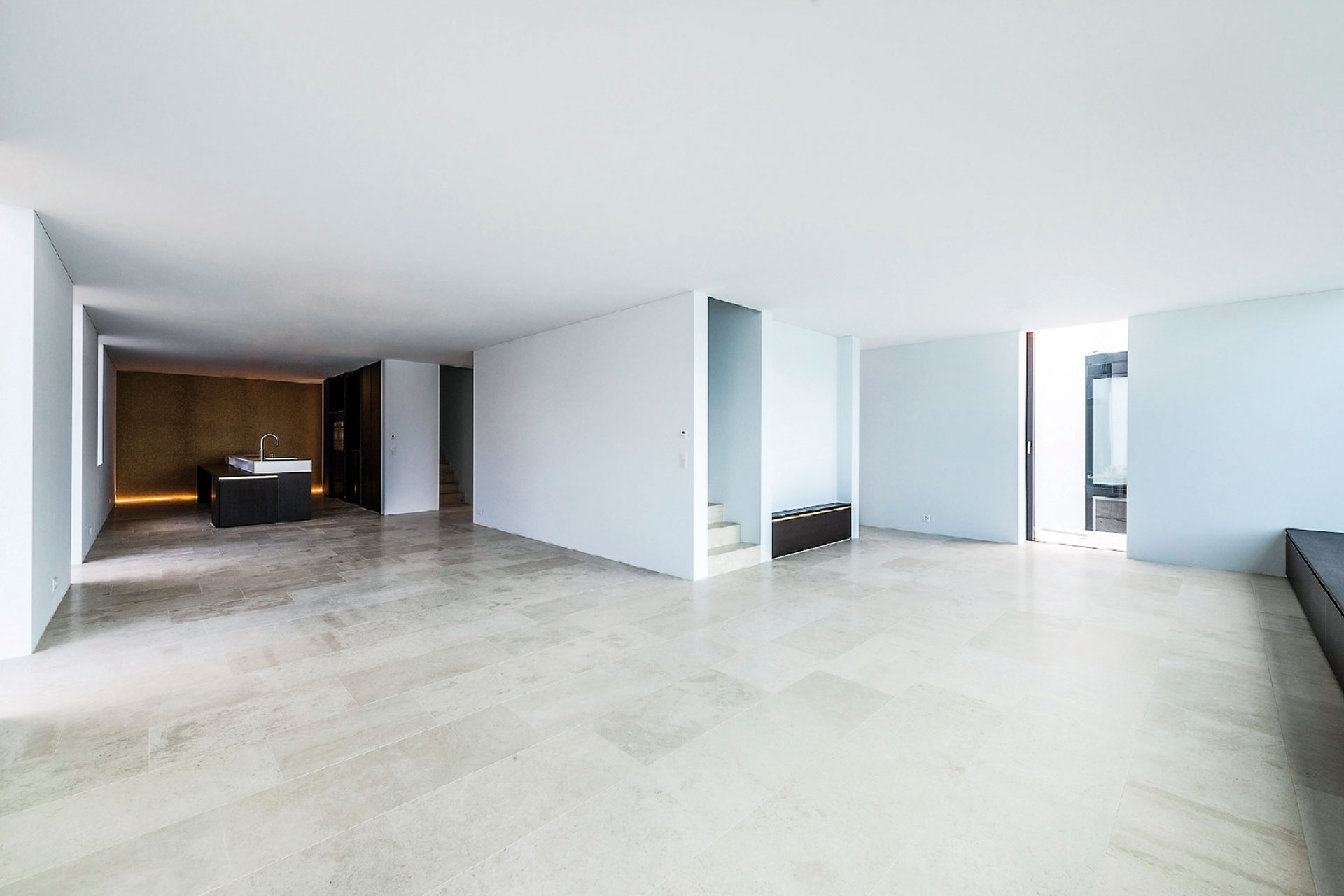 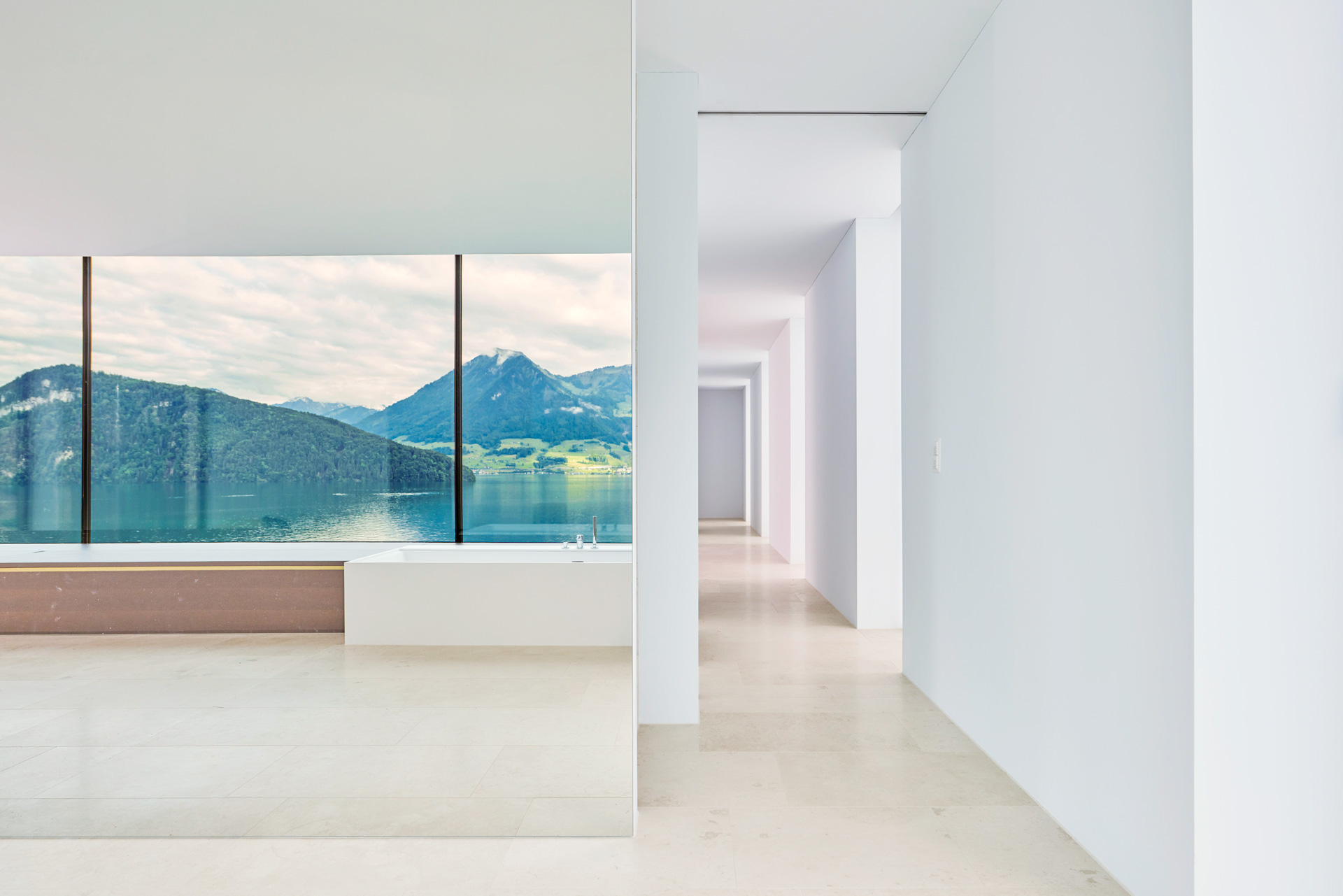 Crafted for Centuries – Created for You 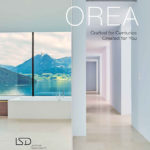 Every house in the settlement Grabacher is unique. Combined by the unmistakable signature of Ivana Calovic-Putincanin, owner and architect of LakeSideDevelopment ag, the buildings form an exclusive urban development unit in an unsurpassable location by the Lake of Lucerne.

The four villas in the most exclusive location in Vitznau were named Dryads after Greek tree nymphs. Here, the buildings like the nymphs are in direct dialogue with their environment. Without recognizable boundaries, they connect with the slope and growing against the sky. Deeply rooted in nature, they maintain the balance between the built new and the natural given.

The Villa OREA is the largest and most beautiful of the Dryads. It was named after the nymph of the beech tree.

From the spatial arrangement, the architectural design, the lighting concept to the entire interior design, OREA is an architectural work of art, designed by Ivana Calovic-Putincanin down to the last detail.

In its consequence, it impresses with its timeless elegance and its inner peace. Here the focus is on the human being, the built and the landscape setting for the desired lightness of life. 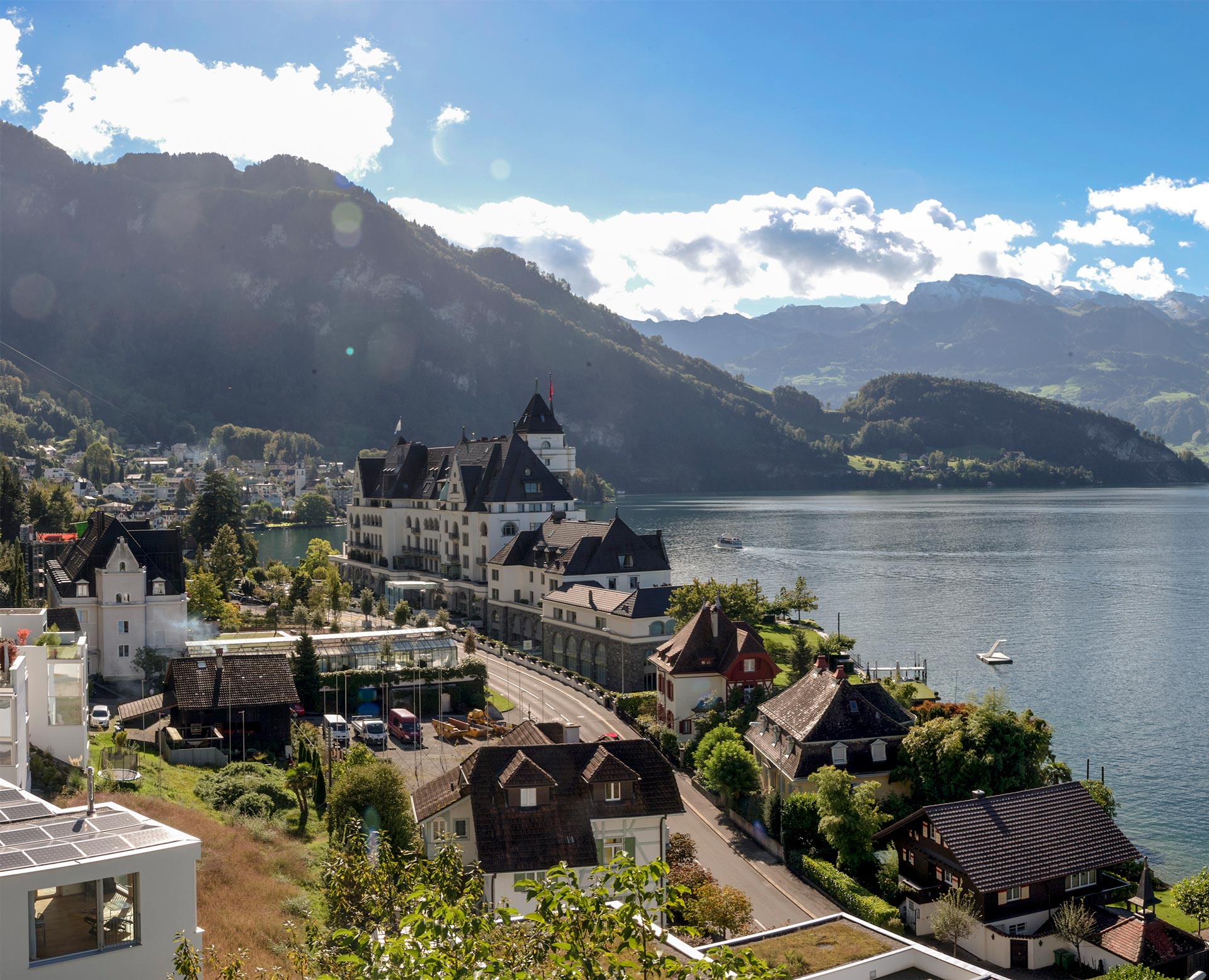 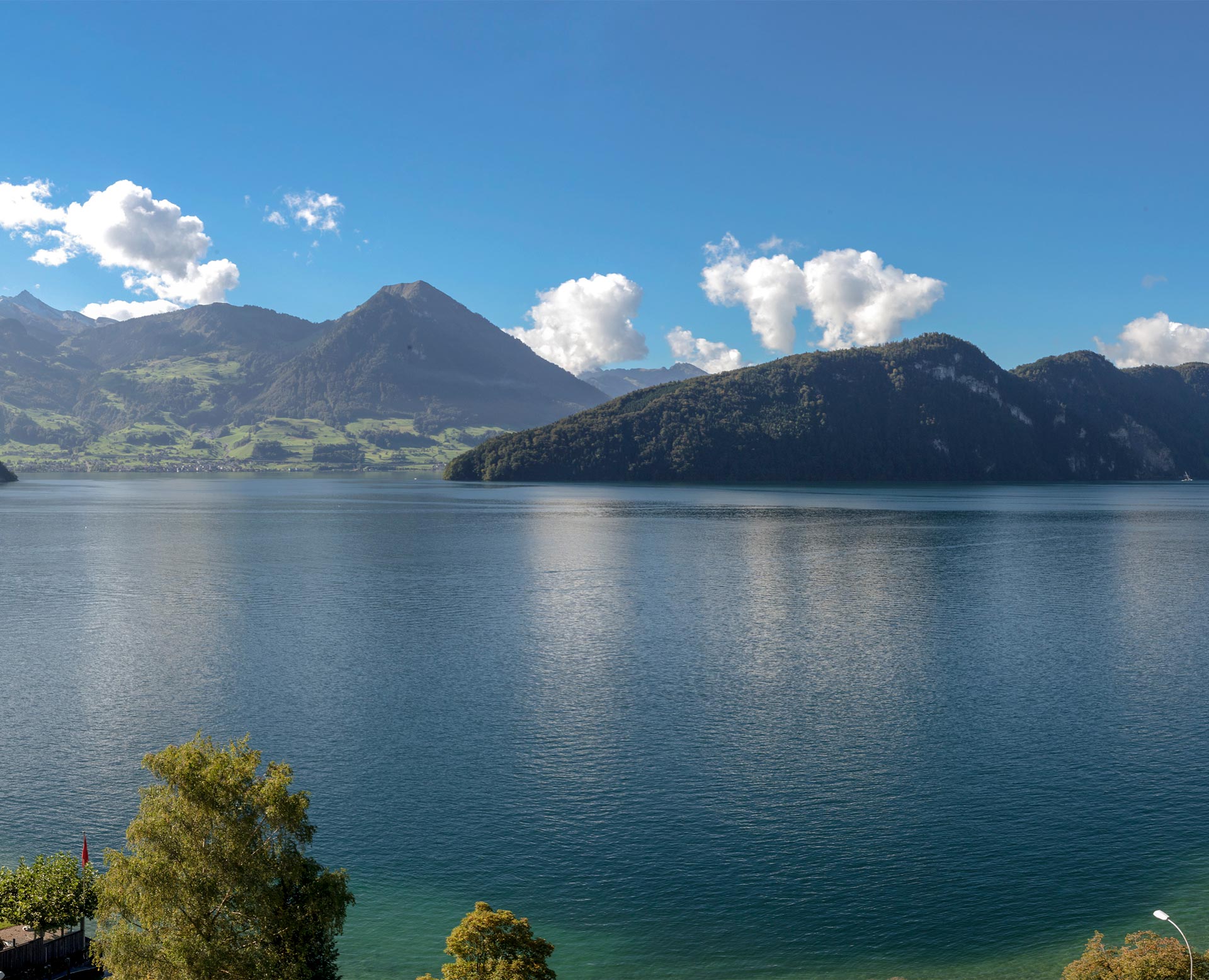 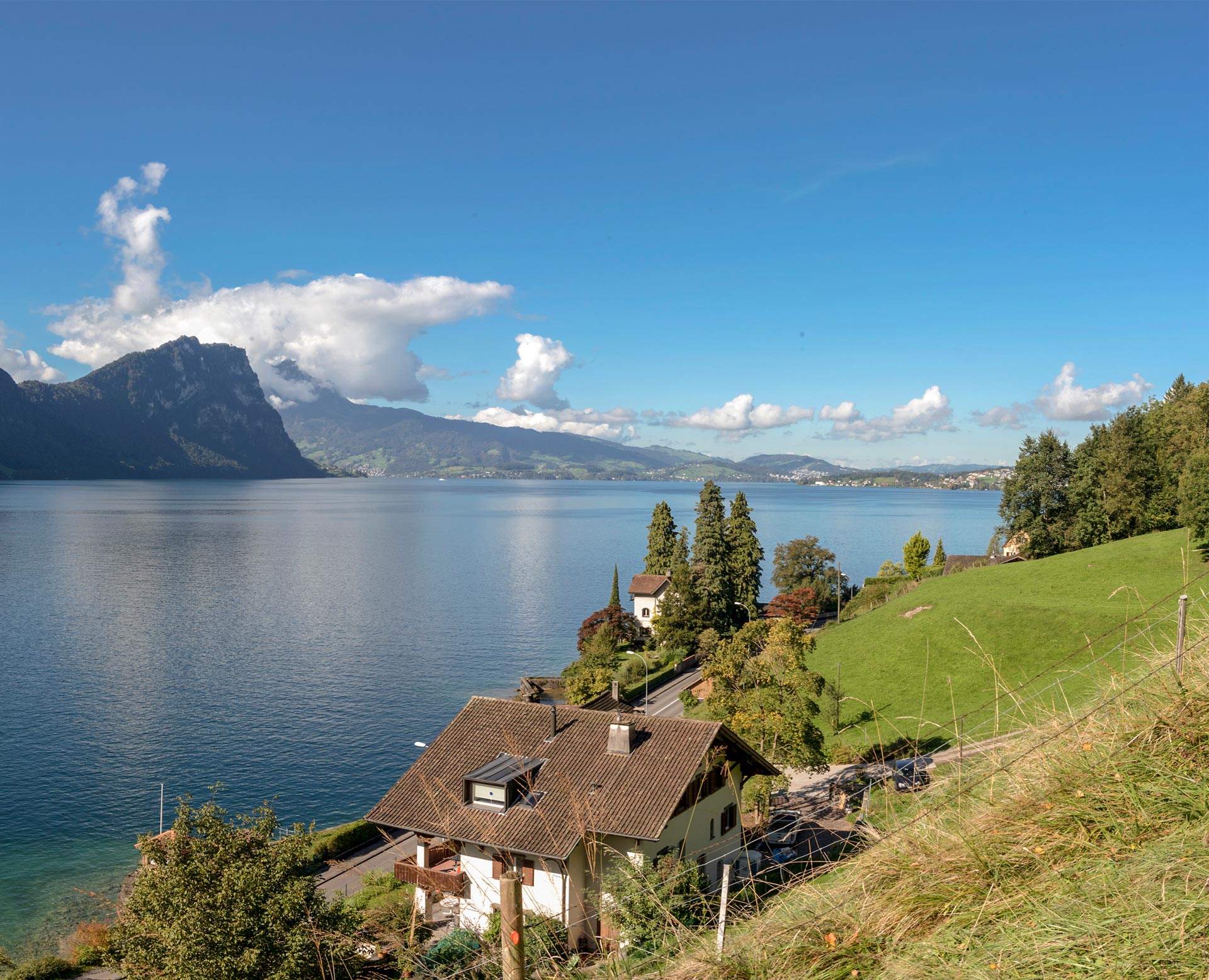