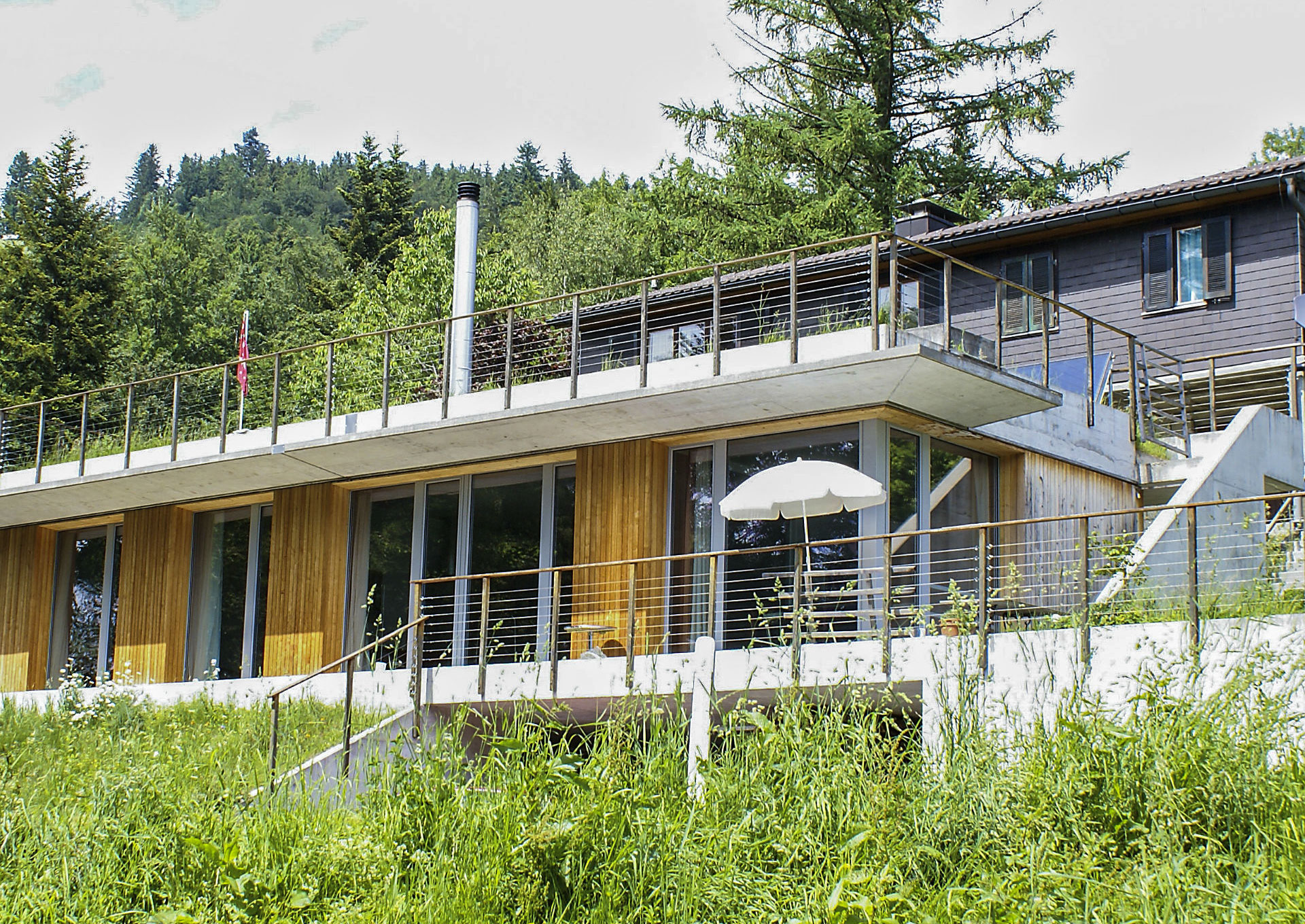 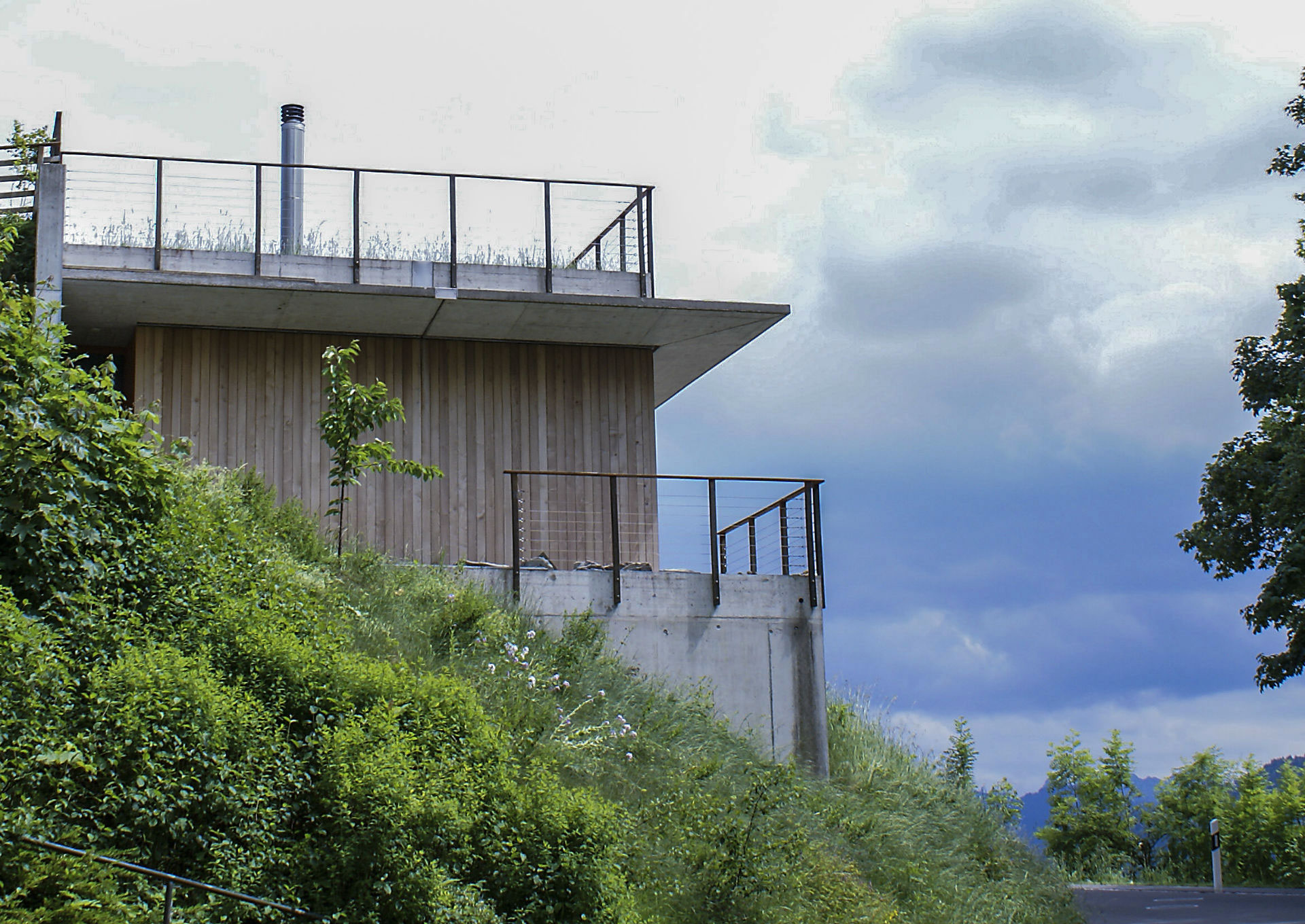 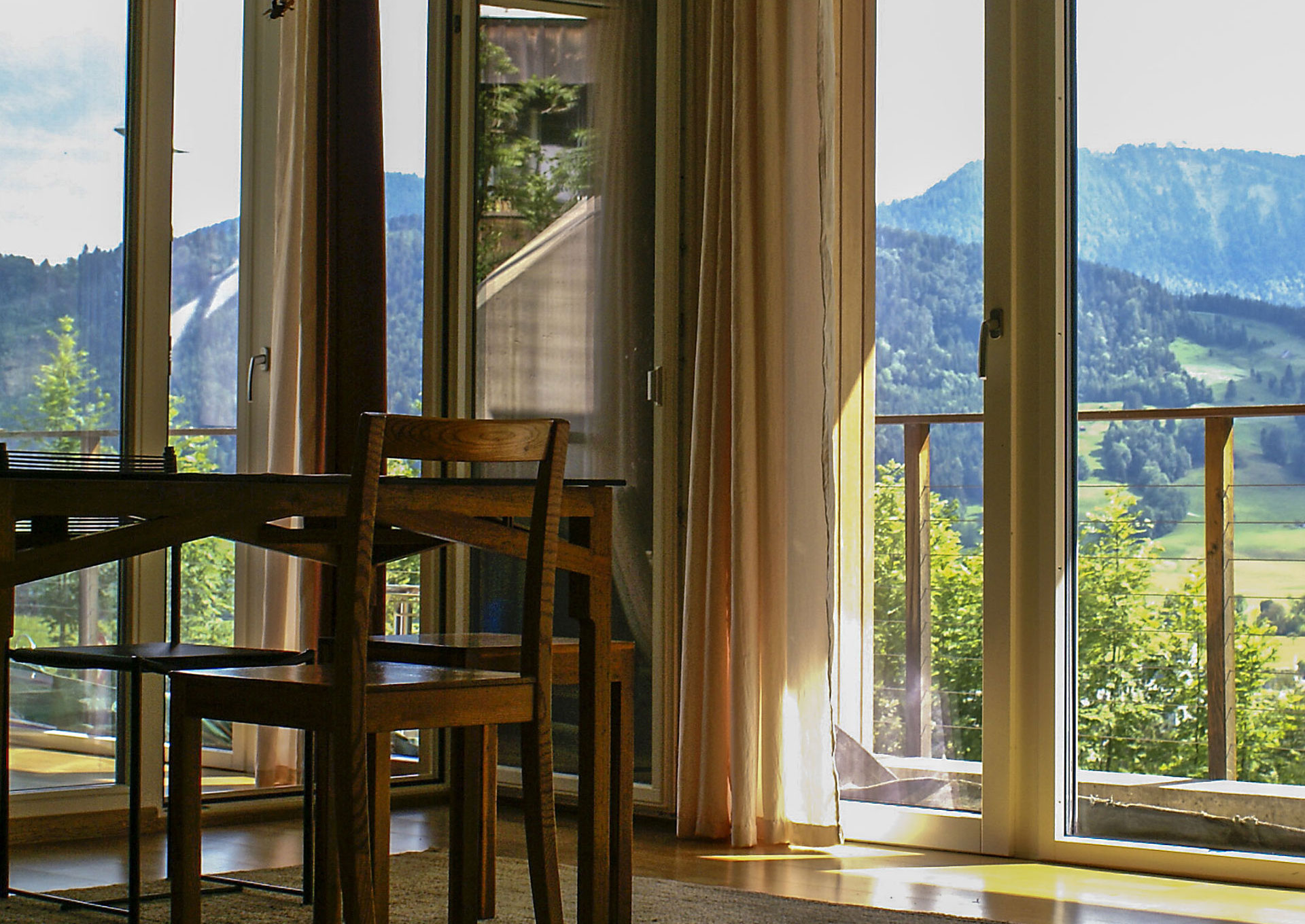 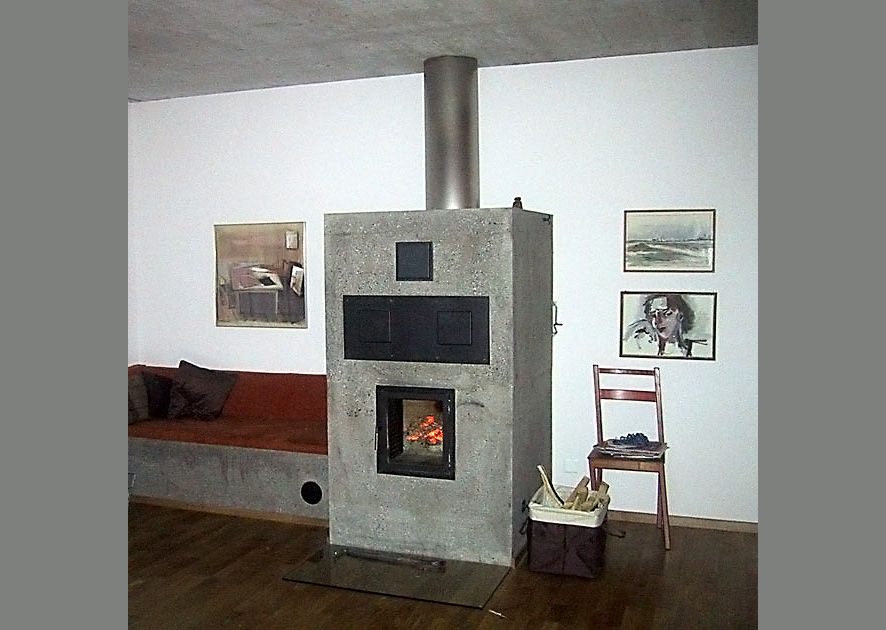 In 1968, the architect Otto Gmür, Lucerne, built one of the first timber element houses on the south-facing plot. Over 35 years later, the family decided to create living space for their son and his family. An extension did not correspond to the urban situation, nor it was convincing considering the costs and benefits. The character of the cultural object would have been destroyed by this intervention. The new single-store building was embedded in the hillside in front of the existing house, thus completing the urban planning situation as an independent object of another time.